These are the food events you should stir into your schedule in Sweden.

1. Fat Tuesday
In winter it never seems like a bad idea to fill up on sugar and carbohydrates, but the semla bun has a special place in freezing February. The small wheat flour snacks, flavoured with cardamom and packed with whipped cream and almond paste are traditionally eaten on what is known as fettisdag or Fat Tuesday in Sweden and Shrove Tuesday in other Christian countries. The custom started when people ate the sweet treats during a last feast before the Christian fasting period of Lent got under way.
2. Waffle Day
Waffles are consumed on March 25th in Sweden, which is known as Våffeldagen. The name comes from the Christian Vårfrudagen (Our Lady's Day), which in Swedish sounds almost like Våffeldagen (waffle day), but it is no longer linked to any religious events. The date historically marks the end of the winter and the beginning of spring. People gorge on the griddled cakes for breakfast, lunch, dinner or as an afternoon fika snack. 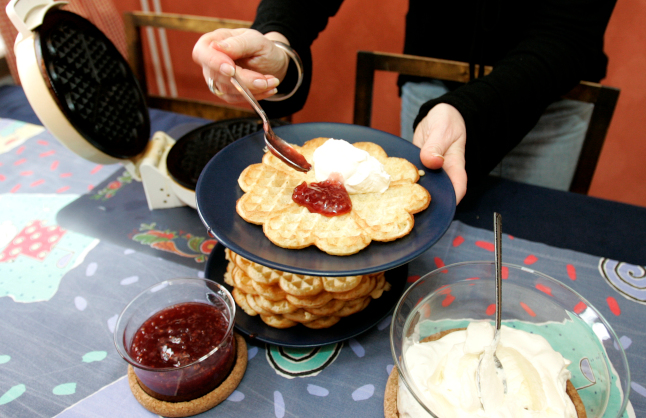 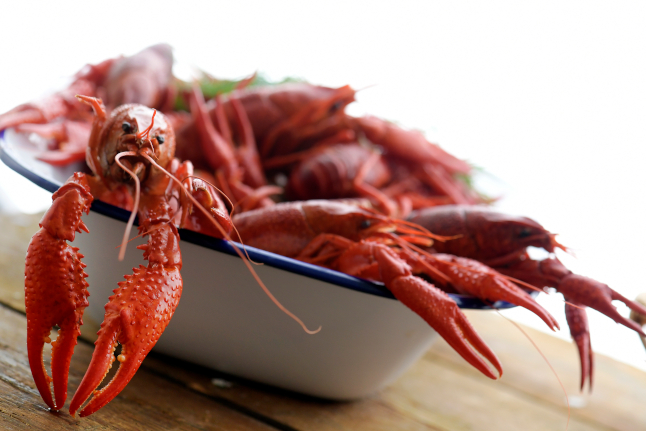 Swedes eat the most crayfish in the world. Photo: Janerik Henriksson/TT
4. Cinnamon Bun Day
Swedes love their cinnamon buns so much they even gave the baked goods their own annual day – kanelbullens dag – which is marked on October 4th each year.
The holiday was invented in 1999 by the Home Baking Council (Hembakningsrådet), a club of baking ingredient producers now run by Danish sugar company Dansukker. The company wanted to create a baking tradition in honour of its 40th anniversary. Click here to find out how to make your own. 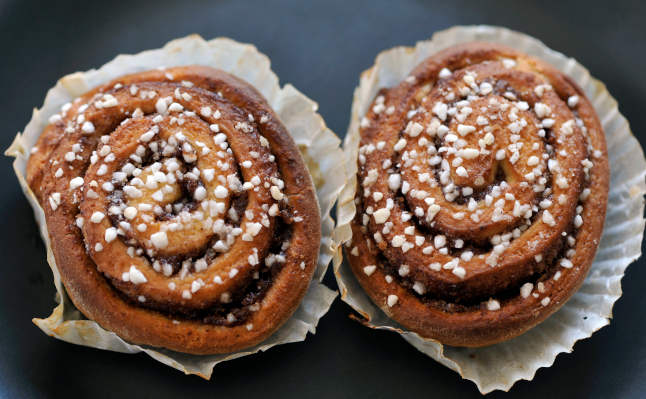 Cinnamon buns can be eaten year round, but are particularly popular on October 4th. Photo: Hasse Holmberg/TT
5. King Gustav II Adolf
Creamy sponge cakes decorated with marzipan or chocolates silhouettes of King Gustav II Adolf are eaten in memory of the Swedish monarch on November 6th. He was killed at the Battle of Lützen in 1632. The royal is widely regarded as having laid down much of the apparatus of the modern Swedish state, including the postal service, universities and key transport links. 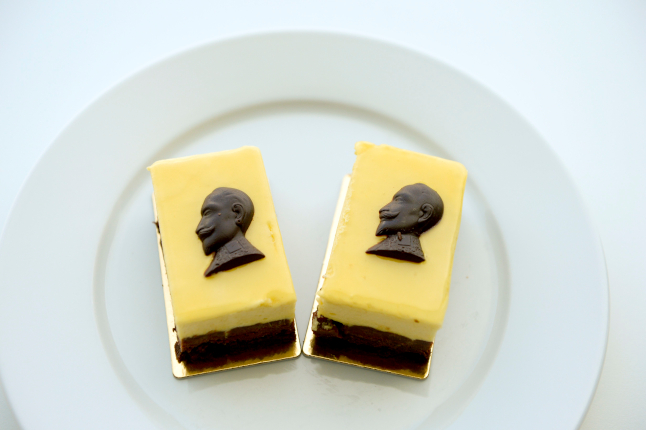 King Gustav II Adolf (or the sponge cake in his name) is honoured every year on November 6th. Photo: Pontus Lundahl/TT
6. Christmas Eve
Often the biggest feast of the year, regional dishes are popular at Christmas time in Sweden, so expect fish if you are invited to a coastal town or reindeer in northern Sweden.
Many families put together a platter or smörgåsbord of foods including ham, pork sausage, an egg and anchovy mixture (called gubbröra), herring salad, pickled herring, home-made liver pâté and potatoes. A more controversial ingredient is lutfisk, a dried fish soaked in water and lye to swell before it is cooked. 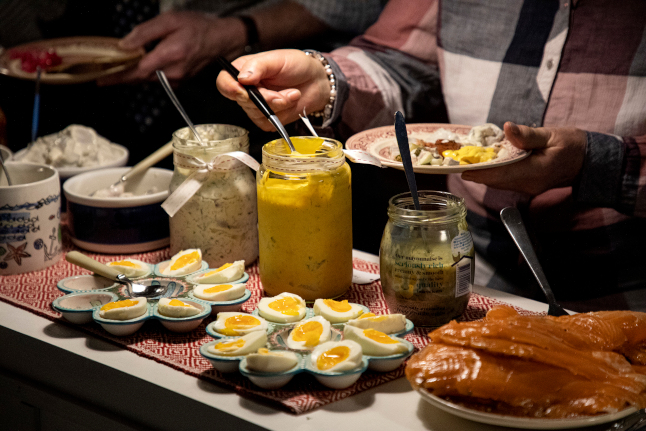 A Swedish Christmas smörgåsbord. Photo: Christine Olsson/TT
7. Pancake Day
No we're not talking about Shrove Tuesday again, the date in February when many people around the world eat pancakes. In Sweden, every Thursday is pancake day, with many Swedes enjoying a small version of the snack for lunch, usually with a pea soup as a prelude. The tradition goes back hundreds of years. Swedes serve their sweet pancakes with whipped cream, sugar or berries. 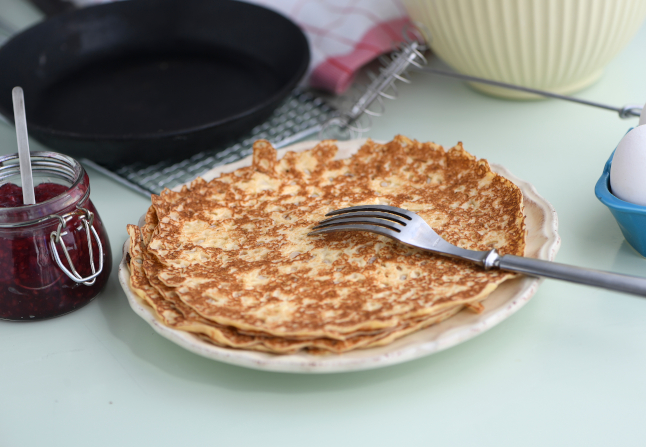 Pea soup and pancakes are a traditional Thursday dinner. Photo: Fredrik Sandberg/TT
Article written by Maddy Savage in 2014 and updated in 2020.