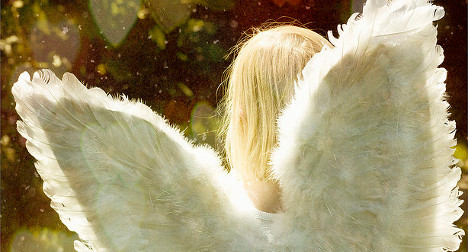 Some 24 percent of those surveyed said they believed in angels. Photo: K Hurley

The survey, carried out by Institut LINK on behalf of internet provider Swisscom, found that of the 1,253 people aged 15 to 74 who were interviewed, around two-thirds believed in the existence of “things that reason and science cannot explain.”

More than two-thirds of the women and half of the men surveyed said they believed that some people have supernatural powers.

The results come just days after another survey by the Swiss National Science Foundation (SNSF) found that 57 percent of the Swiss population “keep religion at a distance” and only 18 percent are “regular consumers of institutional religion.”

“Adherents of alternative forms of religiosity have remained stable (13 percent),” it said, “but the researchers expect that the secular group (12 percent) will grow much larger in the long term.”

The number of religious people in the country has decreased continually over the past 50 years.

According to the Swisscom survey, even some of those who claim to belong to a certain religion actually don’t believe.

While only 21.4 percent of those surveyed said they didn’t follow any religion, some 58 percent said they neither believed in a superior being nor a single supernatural force.

“In other words,” concluded the survey, “Catholics, Reformists and members of other religious communities have atheists among their ranks.”

The SNSF survey seems to concur, concluding that “religions are being viewed more critically and with greater detachment today than in the past.

"Thus 85% of the respondents were fully or largely of the opinion that, in view of current world events, ‘religions are more likely to result in conflicts than in peace’.”