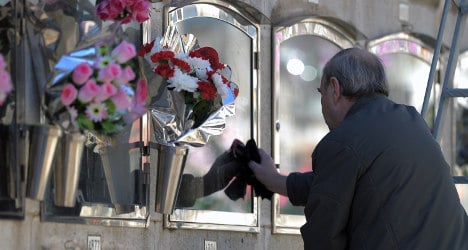 The free service known as Online Farewell will allow viewers to stream a signal directly from the chapel and crematorium at the city's general cemetery.

Families who want to make use of the service will be given a code which they can pass on to friends and loved ones who are then able to access footage of the funeral on the Online Farewell website. It's a system that ensure confidentiality.

"Valencia is the first city in Spain, and as far as we know, in the world, to offers this service," local councillor Lourdes Bernal told Spanish daily 20 minutos, speaking about the service which is to be launched on November 17th.

The new service in Valencia is particularly useful in Spain where cremations and burials must, by law, take place within 48 hours after a person dies. This can make it difficult for families and friends to attend those ceremonies.

People who use the city's online service also have the option of signing a funeral guest book while an app for smartphones allows for an online tour of the cemetery.

Barcelona also recently announced the introduction of a similar service but that will not be available until January 2015.