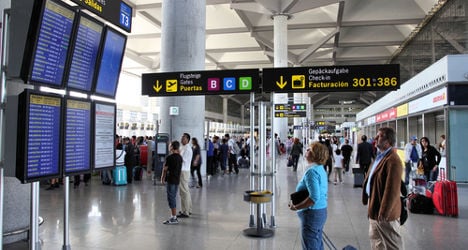 Everything seemed to be in place for the part-privatisation of AENA until it emerged this week that the planned flotation of 28 percent of the agency’s capital will not go ahead in November as planned.

The Economy Ministry has convinced the infrastructure ministry responsible for AENA that the financial arrangements for the sale of shares had a fatal flaw. The auditor tasked with signing a so-called ‘comfort letter’ in which the company’s accounts are given a seal of approval before the sell-off was not chosen by a public tender process.

The government asked for official legal advice on the matter and finally the doubts won out, halting any progress for now on what would be the biggest privatisation operation in Spain for the past 16 years.

Spanish governments of different political stripes have long considered the privatisation of AENA, but any plan has always involved continued state participation. Now officials suggest that at least until February 2015, these latest plans for flotation will remain on ice.

According to the newspaper El País, which makes mention of “tension” between the ministries concerned in the operation, hundreds of privatisations and share deals in Spain and elsewhere have been signed off on by the company’s regular auditor as was the case with the proposed AENA sell-off, approved by PricewaterhouseCoopers.

Before the planned launch of the public share offer, AENA had already selected the March family investment firm, construction company Ferrovial and the British fund TCI as buyers of a further 21-percent tranche of its capital.

AIRPORT
IN PICTURES: 11 photos that tell the story of Stockholm’s Bromma Airport