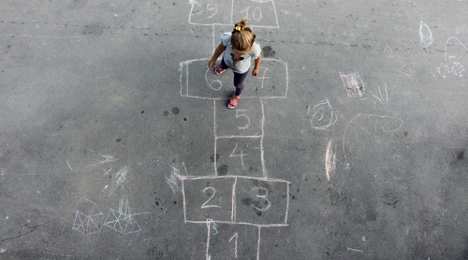 The girl was stopped from going back to the school in Fiumicino, Rome province. School photo: Shutterstock

The child was prevented from returning to the nursery school in Fiumicino after her classmates’ parents protested that she could have Ebola.

The reaction of parents at the Fiumicino school was described as “alarmist” and “absolutely unjustified” by the Italian health minister.

“The minister of health, Beatrice Lorenzin, expresses her solidarity with the family of the young girl and notes that Uganda is not a country affected [by Ebola] and is very far from the area in West Africa struck by Ebola,” she said in a note published online.

When contacted by The Local, a spokesperson for the school was not available to comment.

Esterino Montino, Fiumicino's mayor, appealed for calm and said “fears should not be transformed into discrimination.”

“I have spoken to the director of the Isola Sacra school, who reassured me that having carried out the necessary checks, understanding the protocols at international airports, the school of the nursery school on Via Coni Zugna will remain open for all children, including the little girl who has returned from her travels in Uganda,” the mayor wrote on Facebook.

Italian parents are not the first to react in such a way over the Ebola virus. Earlier this month a child from Sierra Leone was prevented from attending classes at a school in north-west England after complaints from parents.

The mother of the nine-year-old boy said the ban was “heartbreaking” and the fault of “an ignorant parent body”, local media reported.

The Ebola outbreak has left nearly 5,000 people dead in West Africa, although it has now been contained to just three countries: Guinea, Liberia and Sierra Leone.

The Ugandan capital Kampala is, as the map below shows, nearly 5,000km from Monrovia, the capital of Liberia which has been hardest hit by Ebola.