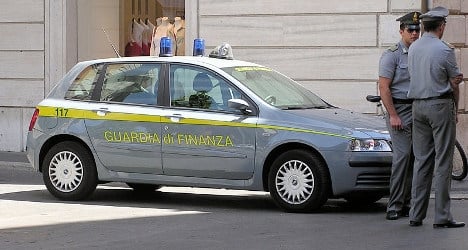 On the face of it the research project was innovative and potentially ground-breaking: to produce fuel from the carcasses of cattle to power airplanes, thereby reducing pollution and CO2 emissions.

It was so impressive that it even got the financial backing of Italy’s Ministry for Economic Development, which injected €11 million into the project using both national and European Union funds.

However, following an inspection of the factory where the research was supposed to be carried out in the city of Lamezia Terme, Finance Police discovered that the project never actually took off.

Three entrepreneurs from Ilsap Biopro, the company behind it, have now been arrested, Corriere del Mezzogiorno reported.

A professor from Naples, who was appointed as a scientific expert for the project, has also been arrested for promoting the allocation of public funding.

He is accused of personally benefitting from the project, allegedly receiving money in his private bank account.

The investigation also found that the university department in which the teacher worked did some consulting work for Ilsap Biopro for €660,000.

The Ministry for Economic Development has been notified and has now blocked all funding to the bogus research project.