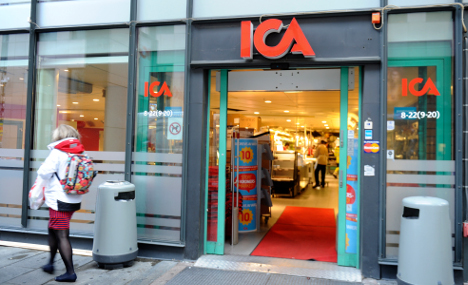 The deal requires final approval from the Norwegian Competition Authority, but is expected to go ahead.

Coop in 2013 had a market share in the food business of 22.7 percent and ICA Norway, 11.1 percent. The move will mean Coop will own one-third of Norway's market.

Svein Fanebust, director of Coop Norway said: “Taking over ICA Norway is a big lift for Coop. It is also the best solution for staff, consumers and providers when the situation is such that ICA pulls out of Norway.”

Fanebust believes that the move is a good solution that secures the stores in the districts of Norway, since ICA Norway has many stores where Coop would like to increase it’s presence. For example in the central east of Norway and in the Bergen region. ICA Norway also has fewer stores in regions where Coop is well represented today.
ICA said the choice was between two alternatives in order to increase the profits for the company's Norwegian businesses: Either the business had to be heavily reduced, or the company had to be sold.
Per Strömberg, CEO of ICA Gruppen, said: “The sale of ICA Norway to Coop Norway is the best possible solution for our businesses in Norway. It results in more stores and jobs being saved against if we were running our operations on a far smaller scale than today.”
Coop said in a press release on Monday, they also understand that for some local markets, competition conditions can keep them from taking over some stores, but they are in dialogue with the Norwegian Competition Authority in order to find the best solution on the issue.
If the Norwegian Competition Authority approves Coop’s takeover of ICA, three large food store companies will be left in Norway: Coop, NorgesGruppen and Rema 1000.
CEO of communication in NorgesGruppen, Per Roskifte, said to NTB: “Coop will probably be stronger out of this, something that usually means even harder competition.”
NorgesGruppen earlier this year made an acquisition and distribution deal with ICA. It was known for many months ICA was looking to sell their businesses in Norway. The cooperation deal between NorgesGruppen and ICA will be cancelled as a consequence of the ICA sale.
NorgesGruppen is still the largest food store chain in Norway, having a market share of the convenient grocery trade of 39.3 percent.