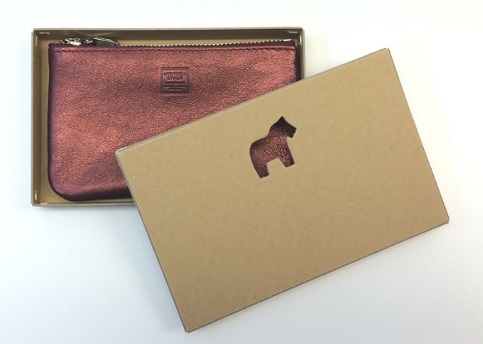 When you think of high-quality leather bags, Sweden may not be the first country to pop into your mind. But perhaps it should be.

While the Swedish textiles industry was dead by the early 1990s, Magnus Nyström – one man with one powerful concept – was single-handedly responsible for the revival.

"The producing companies in Sweden had all gone bankrupt or outsourced production," Nyström representative and product developer Carl Johan Dahlin told The Local.

"Magnus felt an urge to make the product himself to maintain high quality and influence the design process; to follow the product from hide to a finished bag. So he decided to make his own brand."

Magnus Nyström, the son of well-travelled diplomat, spent parts of his youth in varied countries and cultures such as the Soviet Union, Great Britain, France, India, Pakistan, and Turkey.

His interest in leather was sparked when he inherited a collection of bags from his grandfather, who had served in the colonial army of India.

It began as a hobby, and he focused on studies in economics and began working at a bank. But he soon realized stiff, starched offices weren't his style. He dropped out of his job and went to Florence, Italy, to work as an apprentice in a fine leather factory.

In 1991 he returned to Sweden and founded Nyström Stockholm in an old factory building in the centre of the nation's capital.

"It's been quite the journey," Dahlin explained. "In the beginning Magnus had three jobs. He was a coathanger at the opera, had his own little shop, and also managed the factory. Sometimes it was a struggle."

But today, 25 years in, the brand is thriving. Nyström Stockholm is a respected name in its own right, but the factory also produces leather products for an impressive lineup of top-notch Scandinavian fashion labels.

"Acne, Fillippa K, Ann-Sofie Back Atelje, Carlsberg – and most others, really," Dahlin said.

The company also has representation in Japan and interest has been growing in the US – but today the products are still sold exclusively in Sweden.

Carl Johan Dahlin, who studied textiles and finance and joined the Nyström team in 2013, said the company was a clear choice for him when he decided he didn't want to work with chain stores.

"I wanted to work hands-on with the products, and this is about the only place you can do that in Sweden – without going really, really far north," he laughed.

But what is it that makes Nyström's leather bags so unique?

"First and foremost, they're actually made in Sweden," Dahlin explained. Most Swedish products aren't Swedish anymore.

The quality also sets Nyström Stockholm apart from the masses.

"It's high quality leather, mostly from Italy, with a Scandinavian simplicity. We follow the Nordic design tradition using good materials and solutions to get that clean and minimalistic look – but without sacrificing craftsmanship."

And when you buy a bag from Nyström, you know you're getting something that was made with heart. "When you're as close to production as we are you get a more complete understanding of the product – something that has gone missing for many buyers, who never set foot in a factory and never handle a sewing machine," Dahlin remarked.

"They don't get the feel for what will work and what won't. A Nyström bag is a well thought-out product which is chic as well as functional – and extremely Swedish."

This article is presented by The Local Brands. Shop here.

PARTNER CONTENT
Living abroad: how can you assess your mental health?
Url copied to clipboard!