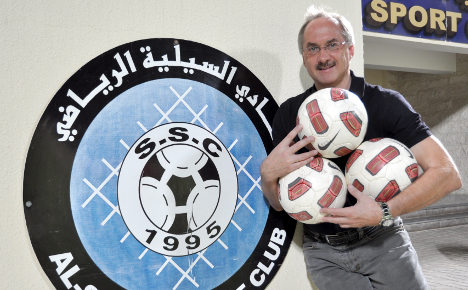 “There's a lot of enthusiasm for football in South Korea,” Stielike said. “That's a good place to start.”

The former midfielder has been coaching in Qatar, which is slightly less keen on the beautiful game.

“Sometimes we were playing in front of 200 spectators,” he said. “People weren't very keen there.”

Stielike, who played 42 times for West Germany, has signed a contract taking him through to the 2018 World Cup in Russia, the association said in a statement.

He replaces Hong Myung-Bo who resigned in July following South Korea's disappointing group-stage exit at the World Cup in Brazil.

The German will arrive in South Korea on Monday and will watch South Korea's home friendly against Uruguay before taking charge.

He gained experience as assistant coach to Erich Ribbeck on the German national team in 1998-2000 before working for the Swiss and Ivorian national teams.

The KFA had sought a foreign coach following Hong's departure.

Stielike will be South Korea's first manager from overseas since Dutchman Pim Verbeek stepped down in 2007.

Guus Hiddink, also from the Netherlands, has been the most successful, taking South Korea to the semi-finals of the World Cup in 2002.

A Dutchman had been the KFA's first choice to take on the job this time around, but negotiations with former Dutch national coach Bert van Marwijk came to nothing.