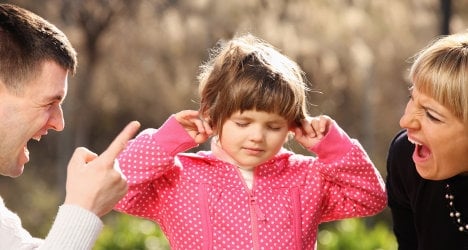 Being raised bilingual is a privilege, but it can also bring frustration for both children and parents. Photo: Shutterstock

From the daughter's point of view

Growing up bilingual can be a challenge and it will undoubtedly cause a fair amount of frustration for both the parents and the children. I was raised bilingual by my English mother and Italian father and I can finally say that it is worth the work.

As far as I can remember I have always understood both my parents, despite the fact that there were times when one language prevailed over the other. During the first years of my life I was exposed primarily to English. I went to an English-speaking play group, my father was at work for most of the day and my mother would only speak to me in English.

When I started going to an Italian school, my Italian improved and I stopped speaking English altogether. Since I was exposed to Italian all the time, except when my mother would talk to me, I found Italian to be easier to communicate faster and more effectively. And that’s when the frustration started.

My mother would keep speaking to me in English, making me read English children books, and I would understand everything, so I felt that there was not a reason for me to force myself to switch language. But that’s not what my mother thought, as she repeated like a mantra how much English would be so important and fundamental in my life. They tried telling me how much it would upset my mother that I would not speak English, but that brought sadness on my side and my response stopped at "I’m sorry".

Out of stress and resorting to one last final attempt, my mother stopped responding to me if I spoke to her in Italian, she would only turn around and tell me "Speak in English because I don’t understand what you are saying". In the beginning my frustration made me walk away from that response. I’d rather not have an answer than have to say things again when I knew she could understand me.

But in the end the technique worked, and finally all their work paid off. I must admit they were right about making sure I was fluent in both languages and at the end of the day, it really is worth it.

From the mother's point of view

From the very start, we both recognized that our children were extremely fortunate to have parents of different nationalities and consequently would be brought up as bilingual.

We thought that it would be a natural, painless development and did not realize that it can cause some frustration and tension within the family. Once my children started Italian elementary school the Italian language became their first language even though from the first day of their lives I had only spoken English to them.

I was determined to keep to the one language whatever the circumstances, and I realize that this could have caused some discomfort for my kids and made them feel "different" especially in front of their school friends.

It takes a lot of persistence for a parent not to give in and use both languages. My kids went through a long period of replying to me in Italian, which I found hurtful as they understood everything I said in English but would not reply to me in the same language. Now they are grown up and happily bilingual. So I think perseverance, positivity, talking and lots of reading to them in your own language will work.