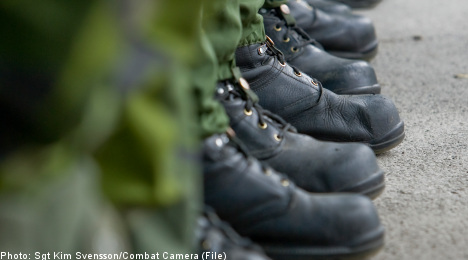 The move follows intense debate over the country's defense resources since the Ukraine crisis emerged late last year, with both the Alliance and opposition parties promising increased funding for the military.

It is understood that the additional funding announced on Wednesday comes on top of the three billion kronor promised by the Alliance in its election manifesto on Monday, when the Moderates, the Centre Party, The Christian Democrats and the Liberal Party all committed to increasing spending if they are re-elected for another four-year term in office.

According to the Dagens Nyheter newspaper, the new money is specifically intended to give the Armed Forces the opportunity to increase their presence and activity in the Baltic region, where growing numbers of Russian ships and planes have been spotted.

The paper reports that the move will be financed by making savings in other areas.

Shortly after the Swedish government's announcement, Russia and Ukraine agreed to a "permanent ceasefire" in the Donbass region which has seen the bulk of the fighting.