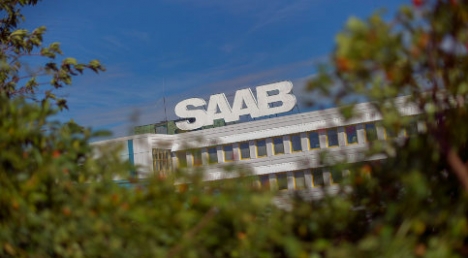 National Electric Vehicle Sweden, or NEVS, had applied to be protected against creditors while seeking new sources of financing.

"The district court of Vaenersborg today, Friday August 29, accepted NEVS's request for receivership," the company said in a brief statement.

The announcement came a day after the court initially rejected the request, saying it lacked sufficient clarity and documentation.

According to several Swedish media reports, NEVS has been negotiating with automakers Mahindra (India) and Dongfeng (China) to raise funds to cover substantial debts to suppliers.

NEVS said in its application to the court it owed 400 million kronor ($57 million) to suppliers, according to news agency TT which obtained a copy of the document.

The company is controlled by the Chinese industrial enterprise National Modern Energy Holdings, which owns 78 percent of the shares, and the east Chinese city of Qingdao, which owns the rest.

Since 2000, Saab automobile has had no connection with the defence and aeronautics firm of the same name.

Saab automobile offers only one model today — the 9-3 Aero Sedan — and under NEVS ownership the company has targeted the Chinese market with a line of electric cars.