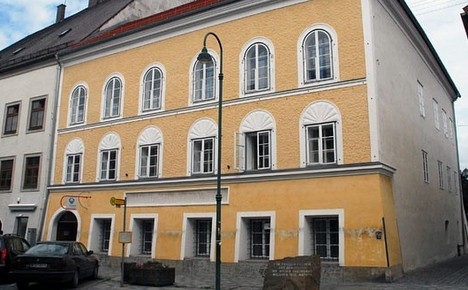 Early in May at the so-called "Birthplace Summit", Austria's interior minister met with representatives of Braunau as well as the home's current owner, and made the decision to turn the house into a centre for migrant information.  These plans however did not move forward, as politicians continued to argue about appropriate use for the controversial piece of real-estate.

Close to the border with Germany, the house has been empty for the past two years as local leaders bickered over the home's future, with some calling for its demolition.  Meanwhile, the owner leases the building to the government for €4,000 per month.

A new proposal, to turn the house into a museum called the "House of Responsibility", makes the house a centre dedicated to depicting the crimes against humanity committed by Hitler's Nazi's during the so-called Third Reich.

Austrian historian Andreas Maislinger's proposal won the support of prominent Braunau council members, and has also been supported by Branko Lustig, the Hollywood producer of the film Schindler's List by Steven Spielberg.

Currently owned by a retired local woman who refuses to reveal her identity, the building has been rented by the Austrian Interior Ministry since 1972.

While the Interior Ministry has carefully vetted tenants to ensure no Hitler-admirers can occupy the premises, the owner has refused to let Braunau officials hang a plaque warning of the evils of fascism.

Until now, the building has been used as a library, bank, technical high school and most recently as a workshop for the mentally handicapped.

A previous proposal to convert the house into a living space sparked fears the building may fill with Hitler worshippers. Suggestions to create an anti-Nazi memorial have also been rejected.

The final decision now rests with Austria's interior ministry, which is expected to approve the project before the end of the year.