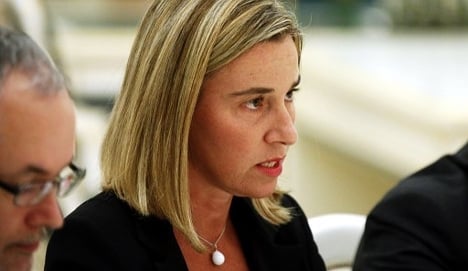 "We agreed we support the candidacy of our Italian colleague Federica Mogherini for EU high representative," Germany's vice chancellor Sigmar Gabriel told reporters after a meeting of EU centre-left leaders in Paris ahead of a European summit.

The 41-year-old Mogherini is favourite to clinch the job, with her supporters hailing her as a new younger face for Europe.

Her candidacy initially ran into difficulties as eastern European countries criticised her both as being too inexperienced and too soft on Russia.

She was initially sidelined at a first summit to decide on the top jobs in July.

But Italy has since hardened its line against Moscow and Mogherini appears well-placed to replace Catherine Ashton as the EU's high representative.