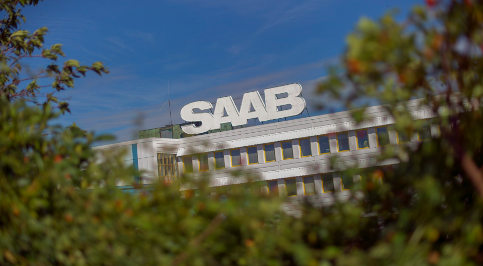 National Electric Vehicle Sweden, the company established in June 2012 to take over Saab's assets after bankruptcy, said it had applied to the court to protect itself from creditors.

But the district court of Vaenersborg in south west Sweden said the application was incomplete.

"The information in the NEVS file regarding planned financial solutions appear vague and is completely undocumented," the court wrote in a statement.

The company said they would appeal the decision.

"We will try again. Our goal is to get more time for a reorganisation and we will of course consider every way to provide further useful information," NEVS spokesman Mikael Oestlund told AFP.

According to several Swedish media reports, NEVS has been negotiating with automakers Mahindra (India) and Dongfeng (China) to raise funds to cover substantial debts to suppliers.

"The tripartite negotiations we have with two global vehicle manufacturers are still progressing, but are complex and have taken more time than we predicted," the company's director Mattias Bergman said in a statement ahead of the verdict.

"We need additional time to complete the negotiations and reach an agreement. Therefore, we apply for a reorganization. We intend to fully pay our debts to our suppliers."

NEVS said in its application to the court it owed 400 million kroner ($57 million) to suppliers, according to news agency TT which obtained a copy of the document.

"The vast majority of these have chosen to await the outcome of the ongoing negotiations," the company wrote in a statement.

Since 2000, Saab automobile has had no connection with the defence and aeronautics firm of the same name. Saab automobile only offers one model today — the 9-3 Aero Sedan — and under NEVS ownership the company has targeted the Chinese market with a line of electric cars.