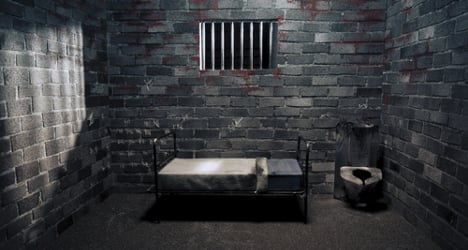 The man has been moved from house arrest to Rome’s Regina Coeli prison. Jail photo: Shutterstock

The 37-year-old father of three made the request to the Tor Bella Monaca police station in the east of Rome, Il Messaggero reported on Wednesday.

“Put me inside, otherwise it will end badly,” he was quoted as telling police.

Less than three months into his sentence for a series of minor crimes, with another eight months to go, the man decided jail life was preferable to life at home.

The couple’s neighbours along Largo Ferruccio Mengaroni have become well aware of the couple’s constant fighting, which police have been brought in to resolve.

As a result, authorities on Tuesday fulfilled the man’s wishes and transferred him to Rome’s Regina Coeli prison.

He is not the first person in Italy to make such a request. Earlier this year, a 32-year-old man in Tuscany, under house arrest for drug dealing, asked to be sent to jail to escape his wife.

“Living with his wife was particularly difficult and unbearable,” said the police.