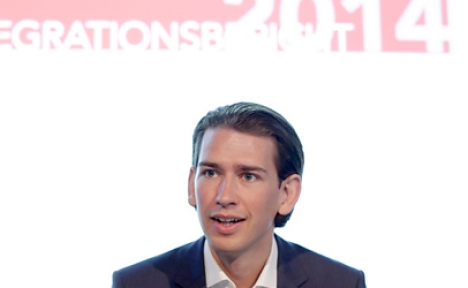 "In the short term, there are two priorities: peace and a ceasefire, and humanitarian aid for all the people affected in the east of Ukraine," said Kurz according to the German newspaper "Frankfurter Allgemeine Zeitung" on Saturday. However, it was also important to work on a long-term solution as well.

There was also no question, said Kurz, that Russia had violated international law by annexing the Crimean peninsula.

Any form of support for the separatists, either from Russia or from arms supplies, needed to stop immediately, said the Austrian minister. This was why the sanctions against Russia were necessary.

Ukraine should not be pushed into an either-or decision between Russia and the EU, said the Austrian minister. "It is obviously Ukraine's decision, but I think that neutrality (…) in the military sector would be a [solution]." It had worked well for Austria, he added.