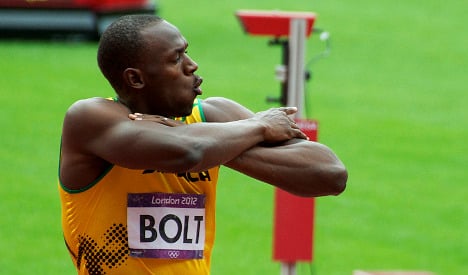 "After his 9.98 seconds performance in Warsaw last night Usain Bolt has decided to end his 2014 competition season and will not compete in the 100 metres in the IAAF Diamond League Final in Zurich," organizers said in a statement.

"If an athlete of that level and his coach feel more rest is needed, we are certainly not going to question this and fully support this decision."

The premature end to Bolt's season means the 28-year-old Jamaican, a six-time Olympic gold medallist and world record holder in both the 100 and 200 metres, has competed just four times this season, the start to which was delayed because of a foot injury.

Bolt had only run his first 100 metres of the year in an exhibition race on Rio de Janeiro's Copacabana beach on August 17th in a time of 10.06 seconds before turning out in Warsaw on Saturday.

His last competitive individual appearance at the 100 metres came in Brussels last year while at last month's Commonwealth Games in Glasgow he was part of the victorious Jamaican four by 100m relay team, racing in the heats and final. 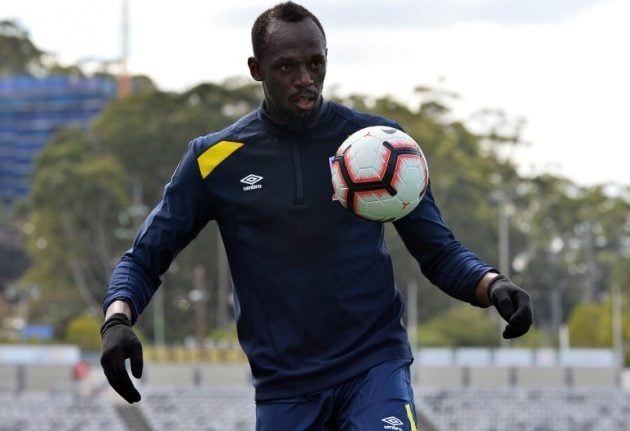 The Jamaican superstar has been handed the chance to train with the Central Coast Mariners for an indefinite period in a bid to prove he has what it takes to earn a professional playing contract.

The eight-time Olympic champion made his debut late last month in a 20-minute cameo as a substitute during a friendly, starting in his favoured left wing position.

Enjoyed getting some playing time tonight with the Central Coast Mariners FC. Thanks to all the fans who came out to support. #CCMFC #dontthinklimits #workinprogress pic.twitter.com/NM5pRMVLlf

He nearly scored but tired quickly and admitted he was not match-fit, with Australian pundits saying he had plenty of work ahead to make the grade.

Del Bosque, whose eight-year reign as Spain coach ended after their last-16 exit at Euro 2016, said it was possible Bolt could fulfil his dream of becoming a footballer, despite being 32.

“For a team that counter-attacks hard and transitions quickly into open space, sure (he would fit in). It would be possible, of course,” de Bosque, who guided Spain to the 2010 World Cup title, told the Olympic Channel.

But he suggested the 100m world record holder would be better in defence than up front.

“With space, he could be a very good footballer,” said del Bosque, who also steered Real Madrid to Champions League success.

“He could be a full-back that covers a lot of space, but it depends, because it's not just about covering 100, or 60 or 70 metres of the pitch.

“It's about doing it many times over and that requires stamina which I don't know whether he has or not — although I'm sure he has prepared.

“Without a doubt as a full-back, with his back towards the crowd and the touchline, that's where he would be most useful.”

Bolt, who retired from athletics last year, has previously tried out with clubs in Germany, South Africa and Norway, to no avail.

He has acknowledged the pace and rhythm of football is completely different to the athletics track and said it will take time to adjust.

Del Bosque believes that if Bolt makes it as a footballer, it will rank alongside his greatest achievements.

“To start playing professional football at the age of 32 isn't normal,” he said.

“But he has won a lot during his 32 years of life and, he has earned the right to say: 'Hey, I want to be a footballer.'”