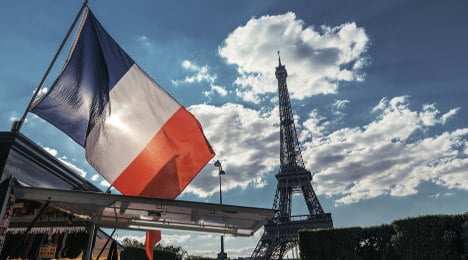 Why do investors come to Paris? And what they complain about. Photo: Shutterstock

Corazza is the director General of the Greater Paris Investment Agency, a not-for profit organization, charged with attracting foreign investors to the region.

Her job, one that has been made harder by the gloomy state of the French economy, is to sell Paris to potential investors and also to try to deal with their concerns, that are often numerous.

So you could say she’s in a good place to argue why business folk should back Paris and also why their worries are sometimes justified.

The good reasons to back Paris, according to Corazza:

1. Foreign investors make money: The aim of foreign investors anywhere is always to make money and do business and Corazza, says we just need to look at the figures to see that most foreign companies coming to Paris will do just that. “Most of them have increased turnover by 20 percent,” she says. "Companies can do business here, there is a market," Corazza adds.

2. Quality of workers: The French may be unfairly perceived abroad as being always on strike, but Corazza says that once investors realise that this isn’t quite true, especially in the private sector,  they will find the French are a professional, hardworking and dedicated group of workers. “Investors who come to France, find skills, talented and productive people, because people in France work hard. That’s a big surprise for companies when they come here,” Corazza says.

3. Creativity: There are so many creative people in France, Corazza argues adding she doesn’t understand why many take their talents abroad to places like Silicon Valley. “Maybe they are good at inventing things, but not getting them on the market. The French are not good sales people,” she concludes.

4. Tax relief: Despite the reputation, Corazza insists that corporate tax for big international companies is no worse in France than in other countries. “Small and medium sized enterprises pay the taxes here, but big international companies are able to optimize. If you invest in Paris, go to any financial advisor and you will see it’s extremely favourable. You can’t say taxes are far higher here than in Germany for the investor, that’s just not true.”

5. Benefits of having children: “France has the second highest birthrate in Europe after Ireland. French people are still having children because the conditions are favourable. We have a policy to promote the family. For example you pay less taxes if you have children,” Corazza says.

6. A functioning state: “We still have a very good administration in France. Ok, the bureaucracy is complicated, but it works," she says.

7. The health service: “France still has the best public health service in the world. If you are a foreigner here, you will receive good treatment and they will take care of you. This is something France should be proud of , because not many countries have this.”

8. Transport system: A functioning and affordable transport system is one of the French capital’s major strong points, Corazza says. “It's designed to be affordable for everyone and it’s egalitarian,” she says.

9. Work-life balance: Not many countries have the balance between quality of life and quality of work, like France does. It's not all work, work, work, there's plenty of holidays too.

10. Grand Paris: Hopes that Paris can fight off competition from other global cities seem to hinge of the multi-billion euro project called Grand Paris. It will improve Metro and train services around the capital but Corazza says it’s much more than just a transport project. “There’s not many projects like this around the world.”

11. Location: “Paris is in a perfect position in Europe. It’s the best linked country, because Paris is a huge hub. You couldn’t say the same about London,” she says. Corazza is keen to stress that Paris is a gateway to a market of 500 million people across Europe, all just a short flight away.

12. No earthquakes: It might sound a bit desperate to include this as a plus point, but Corazza says investors regularly stress how safe France is from geographical disasters or extreme weather. “That’s not something you could say about New York or San Francisco," she says.

And what makes investors wary?

1. Fiscal instability: “The first thing investors complain about is the fiscal and social instability and we understand it” says Corazza. “They don’t complain about the amount of taxes they pay, just that it is always changing. They want something predictable and stable. I have to explain to the government that it’s not just about the amount of taxes, but the image we reflect. The new government has made it worse. Although it’s tried to do the right thing, things have become more complicated.”

2. Visas: The visa system has also acted as hurdles that foreign investors have had to overcome, Corazza says. Although she stresses that’s there’s been a big improvement in this area, particularly for Chinese visitors.

3. Checks on money: Corazza also says French authorities are very strict on checking the source of foreign money, which she says has been a source of complaint among Russian investors. “Some Russians tell us they have had problems opening bank accounts and that it’s not like that anywhere else,” she said.

4. The welcome: According to Corazza, investors complain about the lack of hospitality in Paris, the welcome at the airport, the taxi drivers etc. “There’s some truth in it, because historically, the French don’t like to serve. They think it’s not in line with the principle of “egalité”. Sometime when you go for a coffee in Paris, you get the impression you are bothering the waiter, whereas in Italy they are so happy to see you.’

5. Security: When foreign professionals visit Paris, they often feel vulnerable, even if there may be no reason for it. “They say when they go to La Defense business district and come back at night, they feel unsafe, even if the statistics show there’s not a problem.”

6. Strikes: “Yes we do have strikes and they are very visible, which gives the image we are always on strike, but there’s only Air France and SNCF who can really block the country,” she says.

7. Bad English: Foreign business people often express concern about the level of English spoken in France. “This is slightly unfair,” she says, “because obviously in countries like India and the US everyone speaks English. French people have made a lot of progress in recent years. If you come to France to do business, then there will not be a problem.”

PARTNER CONTENT
93 percent of this MBA’s graduates have doubled their salary
Url copied to clipboard!