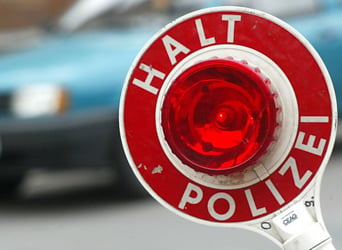 The lawyer for the 58-year-old woman (who wishes to remain anonymous) has referred the case to the state prosecutor.

On June 12th his client bumped and scratched three parked cars shortly before midnight, with her own car. The woman, who is a violinist and leads an orchestra, was returning home after a quick drink with friends.

A passer by helped her get out of her car "as she was very ill and could barely stand on her feet", her lawyer said.

Police who arrived on the scene assumed the woman was drunk and asked her to take a breathalyzer test to see if she was over the limit.

The woman was unable to take the test – which police interpreted as a refusal. Her lawyer said she was unable to comply with their request because she had suffered a minor stroke whilst driving – something she didn't realise at the time.

"I was paralysed on the left side of my face – a typical sign of a stroke, and this is why I couldn't take the test," the woman told the Salzburger Nachrichten paper.

She was then made to stand for two hours at the police station, and was asked to take the test again, before being sent home after a further two hours. A policeman reportedly said to her; "don't be so stupid, even a child can do this, but you're too drunk".

She said that she went to a doctor the next day, and has since received treatment at a specialist clinic.

"Through the intervention of the police my client was only able to seek medical treatment ten or 12 hours after the event," her lawyer said – and pointed out that this could have a lasting impact on her health.

She is worried that she won't be able to continue her work with the orchestra as a doctor has told her it might be a year before she makes a full recovery.

Robert Holzleitner, deputy spokesman for the prosecutor's office, said they had a duty to investigate the allegations that the police had failed to assist the woman.

She returned home and went to bed after the incident. She told the Salzburger Nachrichten that the police should have been able to recognize that she had had a stroke, even if she didn't realize it herself.

"Police should be able to distinguish if someone needs medical help, or is just drunk. They are supposed to protect people, and giving First Aid is one of their duties," she said.

The press office at Salzburg's police department said that they were aware of the case and that all the facts were being reviewed.

This week, the Viennese police department started a weekly ‘series’ of sharing interesting stories on their social media accounts.

Calling the series ‘Misunderstanding Wednesday’ (Missverständnismittwoch), the very first post is about a call they received to an apartment complex after a concerned citizen complained to emergency services about a “smell of decomposition in the staircase”.

READ ALSO: Stephansdom: Vienna woken up after hacker sets church bells to ring at 2am

The alleged corpse, it turns out, was just the neighbour’s smelly shoes which were left in the building corridor, in front of their apartment.

The police didn’t say when exactly the incident took place.

“When our colleagues are called because of the ‘smell of decomposition in the staircase’… and notice that the stunk is from the neighbour’s shoes which were left in front of the apartment door”, the official Twitter account of the Vienna police department reads.

‘When in doubt it is an emergency’

The authorities were light-hearted about the misunderstanding, even sharing a “meme-like” picture on their social media accounts, saying “some missions turn out to be different than initially assumed”.

However, they reiterated that the misunderstandings should not deter people from calling 133, the emergency police number. They added that in case of emergencies and even if you are not sure, the authorities should be called and they will assist you.

“Note: in case of doubt, it is an emergency”, the Vienna police department says. “Never be afraid to dial the emergency number.”