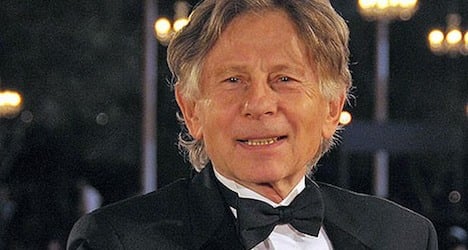 Lauded for his movie-making skills, Polanski is a divisive figure who was detained in Switzerland in 2009 on a US warrant related to a 1970s child sex case.

The Franco-Polish director had been invited to the August 6th-16th festival — a magnet for art house film buffs — to present his new work "Venus in Fur" and give a master class.

It was to have been Polanski's first appearance at Locarno, which he has praised as more artistic and less commercial than the big-name Cannes festival in France.

But the plan faced a groundswell of criticism on Swiss social networks, with commentators saying it was outrageous to honour the 80-year-old.

"I am sorry to inform you that having considered the extent to which my planned appearance at the Locarno Festival provokes tensions and controversies among those opposed to my visit, even as I respect their opinions, it is with a heavy heart that I must cancel my visit," Polanski said in a letter published on the festival's website.

"I am deeply saddened to disappoint you," he added.

He said participants would be "deprived of meeting an extraordinary artist".

"I have the greatest respect for freedom of expression for everyone and I have decided to listen to every criticism with the right attention," he added.

"I feel that this time some positions have crossed boundaries, and through verbal violence and manipulation of reality, they have become an unacceptable attack on personal dignity."

Polanski's 2009 detention came after he travelled to Switzerland to receive a lifetime achievement award at the Zurich film festival.

He spent a year under house arrest at a chalet he owns in the upscale Alpine resort of Gstaad in the canton of Bern, before Swiss authorities rejected the US extradition request and freed him.

American prosecutors are seeking Polanski in connection with an incident in 1977 when 13-year-old Samantha Geimer was allegedly drugged and sexually abused after she came to Polanski's home in California to be photographed.

Polanski fled the US before he could be tried in the case, and Geimer said that she has forgiven him.