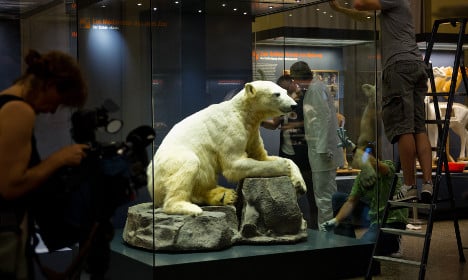 Berlin’s star animal attraction died aged four in March 2011 after he drowned in his enclosure following an inflammation on the brain.

And on Monday he was put out in a museum display case.

After his mother rejected him he was kept alive by zookeepers feeding him with a bottle.

More than 11 million visitors saw Knut during his lifetime. The museum hopes plenty more will now come through its doors for the exhibition, which includes a model coral reef and a stuffed baby gorilla.

"Our goal is to be the most exciting natural history museum in the world," said museum director Johannes Vogel.