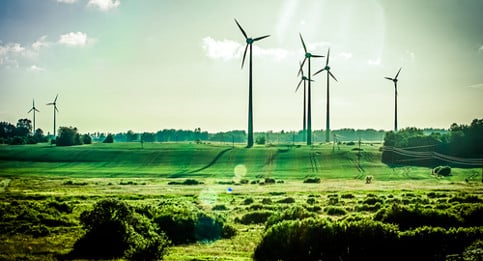 The Eurobarometer 81, "Public Opinion in the European Union", asked people across the EU to answer a variety of questions including how satisfied they were with their lives, the economy, and the issues prioritized by member nations and the EU.

When asked what the two most important issues currently facing the EU are, 40 percent of Swedes responded the economic situation – a number in line with the EU average of 39 percent. Swedes were only slightly more concerned about unemployment than the EU average, with 37 percent versus 34 saying it was an important issue.

But from there the Swedes diverged from the EU – and took a run for the trees. An entire 25 percent responded that climate change was one of the two most important issues, and another 25 percent said the environment in general was.

The Swedes' response rates soar above any other nation in the EU, with neighbour Denmark gazing up from below with just 15 percent worried about climate change. After that Finland was most concerned, with 11 percent saying it was a priority. No other country had more than 9 percent, and the EU average was 5 percent.

Swedish concern for environment policy in the EU was not only reserved for Brussels however, but also on a national level. When asked what the two most important issues facing Sweden were, 26 percent answered "the environment, climate and energy issues". Only unemployment, health and social security, and education were ranked higher.

The survey also found that 81 percent of Swedes said the national economy was good, and 78 percent agreed that their voices "count in the EU", more than any other nation. Simultaneously, 77 percent also said they were against a united economy using the euro – also more than any other EU country.

Additionally, all but three percent of Swedes said they were satisfied with their lives, as The Local reported in May – making them the happiest people in the EU, nudging ahead of Denmark's 96 percent.