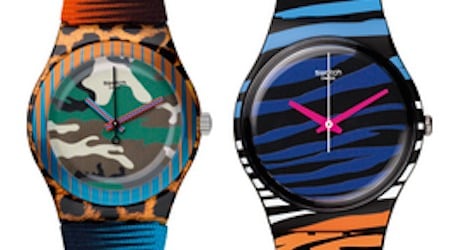 The Biel-based company said on Tuesday that net income for the first half fell 11.5 percent to 680 million francs, the first time it has recorded a drop in profits in five years.

"The already overvalued Swiss franc strengthened further against currencies in all of the group's important sales regions compared to the first half of the previous year," the company said.

In addition to the high franc, the company blamed the high level of marketing costs for the Sochi Winter Olympics and a fire at its ETA parts factory for cutting into profits.

Swatch predicted a positive outlook for the second half of the year.