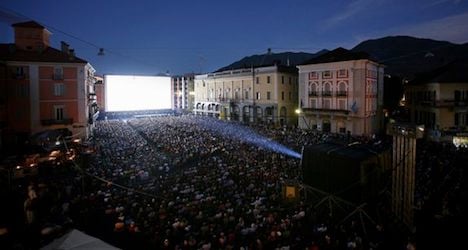 Seventeen films, including 13 to be premiered for the first time, will be competing in the international competition of the festival, running from August 6th to the 16th.

One of the Swiss films in the competition is Cure, the life of another, directed by Andrea Staka, about the end of the Balkans war in Dubrovnik.

Another is L’Abri (“Shelter”), a documentary directed by Fernand Melgar about homeless people in Lausanne.

Up to 8,000 people are expected each night for open-air screenings of 16 films in the Piazza Grande, Locarno’s famous square.

Among the films to be shown there is French director Luc Besson’s latest work Lucy, as well as such Swiss films as Pause by Mathieu Urfer and Schweizer Helden, directed by Peter Luisi.

French actress Agnès Varda, famous for starring in “New Wave” films from the 1960s, will honoured at this year’s festival, along with Juliette Binoche, also from France, and German actor Armin Mueller-Stahl.

A retrospective screening of films from the Italian production company Titanus, founded in 1904 and still operating, is among the features of this year’s festival.

Festival artistic director Carlo Chatrian talks about this year's event in the video below: