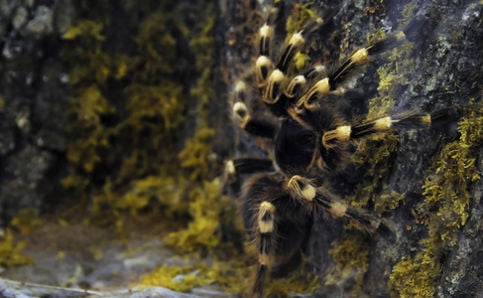 On Thursday evening police in Västerås were notified that a large spider had been seen in the Bjurhovda district. "We determined pretty quickly that it was a tropical species," Jimmy Lindvall, policeman at the Västmanland communication center, told news agency TT.

Somewhat of a spider expert, one policeman described the creature as "rare, protected, and valuable."

Police initially refused to give a more details, as the owner could reclaim the spider by providing an accurate description. But Lindvall added that the spider's body was about 10 centimetres.

The runaway resided in a terrarium at the police office in Västerås overnight. As apprehended spiders are not common in Sweden, news of the creature spread quickly, and the owner called police around 11am on Friday.

The spider turned out to be a Mexican red-kneed tarantula, a slightly venomous but docile species native to tropical forests. The tarantula was listed as endangered in 1985, but successful captive breeding in recent years has made it readily available as a 'pet'.