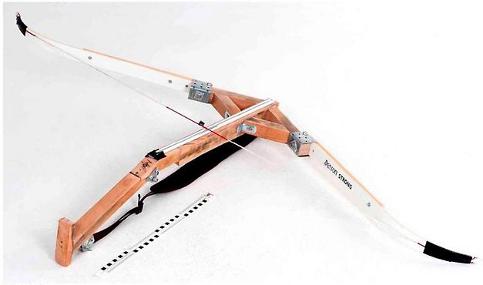 A man in Uddevalla, western Sweden, hated vampires. He hated them so much that he built a crossbow at home and had it aimed at the door.

The man had a history of weapons violations, and police were on their way to pick him up for a trial relating to a breach of knife laws. Upon entering his apartment they discovered that a crossbow, with arrow at the ready, was pointing straight at the door.

"Today I am going to go out and kill vampires," the man had written on his Facebook page. Other social media statuses included "Garlic!" and "What do you do when the blood is all gone?"

The man admitted at the trial that he owns two crossbows, one which he had purchased and the "Zero – God's punishment", which he had made by hand.

The man said that he had the weapons because he felt threatened, and said that he admits to his crimes if indeed owning a crossbow is illegal. But if there is no clear law against it, he wants the weapons back, regional newspaper Bohuslänningen reported.

Police tried out the crossbow to see if it functioned – and lodged an arrow into a wall 22 metres away.