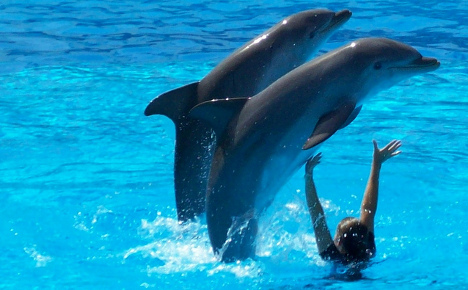 The two dolphins were the seventh and eighth to die at the park. Photo: Lauren Tucker

In July 2013 the vet was found guilty of having given a fatal antibiotics overdose to the two dolphins – called Shadow and Chelmers – who were suffering from infections, reports news agency ATS.

But on appeal the defence successfully argued that no proof existed that the antibiotics had caused the death of the pair.

Chelmers died in November 2011 one week after Shadow died with the same symptoms.

At the time it was thought the dolphins may have died due to stress from loud music, after a 16-hour techno rave was held just 50 metres from their aquarium shortly before they died.

In May 2012 a leaked toxicology report suggested the pair could have been poisoned by hallucinogens suspected of being thrown into the pool by partygoers.

The death of the two dolphins – the seventh and eighth to die at the park in the previous three years – sparked an international outcry.

In Sweden a petition calling for the closure of Connyland’s dolphinarium collected 100,000 signatures.

As a result of the affair, in May 2012 the federal council decided to ban the importation of dolphins to Switzerland following a campaign by Green Liberal member Isabelle Chevalley.

At the end of 2013, Connyland’s dolphinarium, which had been an attraction at the park for 40 years, finally closed.