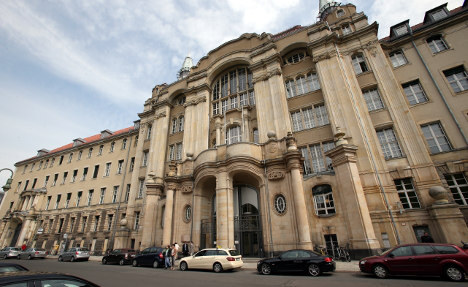 The 45-year-old was jailed for bodily harm resulting in death rather  than manslaughter because the bank clerk, 37, was a willing participant, the court found.

“He is responsible for the death but he didn’t want to kill his sexual partner,” Berlin Regional Court said in its judgment.

The prosecution had demanded the man from Berlin be sentenced to six years and nine months for manslaughter.

But his defence claimed the victim had invited the man to his apartment in Marienfelde in the south of the capital in January 2012 to fulfill his sexual fantasies.

On arrival, the bank clerk asked the sales agent to tie him to the bed and cover his mouth and nose with tape. The man later died of suffocation or an overdose of painkillers.

His body was then dismembered and the head boiled in a large cooking pot.

It is the second time the man has gone on trial for the death. In the first trial, the prosecution attempted to convict the man for murder but withdrew that charge.

He was convicted to three years and three months in prison for assault resulting in death in the first trial, but that sentence was lifted last autumn by the Federal Supreme Court (BGH).