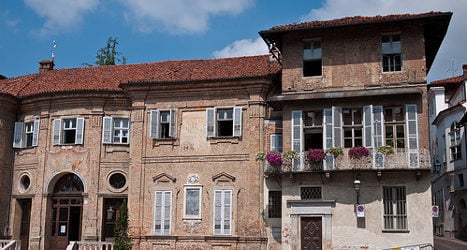 The underwear was swiped from balconies in Bra, Piedmont. Photo: Taz/Flickr

The 28-year-old, from nearby Pocopaglia, in the province of Cuneo, allegedly had “a house full” of women’s underwear, La Repubblica reported on Wednesday.

He carried out the balcony raids across Bra overnight, the newspaper said.

The man had a previous record of harassment towards a former girlfriend, La Repubblica reported.

This isn’t the first time a bra thief has struck in Italy.

In August last year, 64-year-old Renzo Cavalieri, from Modena, was arrested after stealing 17 bras worth €200 from a supermarket while on holiday in Caorle, Veneto.

The theft came just months since his release from prison after serving a year-long sentence for the same offence.

He told police: “I have no idea why I keep stealing bras”.