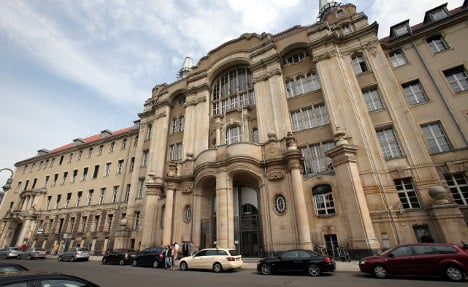 The trial has taken place at the Berlin Regional Court. Photo: DPA

At the Berlin Regional Court on Monday, the prosecution demanded the 45-year-old man from Berlin be sentenced to six years and nine months for the manslaughter of the 37-year-old bank clerk.

But his defence counsel pleaded for an acquittal or called for their client to be found guilty of bodily harm resulting in death rather than manslaughter, the BZ newspaper reported.

They argued that the victim had sought death and the accused sales agent was used as a tool.

The defence claimed the victim had invited the accused to his apartment in Marienfelde in south Berlin in January 2012 to fulfill his sexual fantasies.

On arrival, the bank clerk asked the 45-year-old to tie him to the bed, and cover his mouth and nose with tape. The man later died of suffocation or an overdose of painkillers, according to prosecutors.

The accused then cut up the man's body and cooked his head. It is the second time the man has gone on trial for the death.

In the first trial, the prosecution attempted to convict the man for murder but withdrew that charge in the second trial.

He was convicted to three years and three months in prison for assault resulting in death in the first trial, but that sentence was lifted last autumn by the Federal Supreme Court (BGH).

The Berlin Regional Court will announce the judgment on June 26th.

SEE ALSO: German woman held as 'sex slave' in US