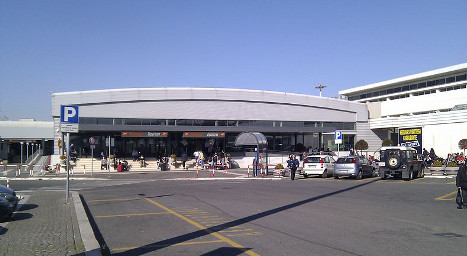 La Stampa said there were “hugs and tears, applause and true joy”, when the children, aged between 18 months and nine, were reunited with their adoptive parents upon landing at Rome’s Ciampino airport on Wednesday morning.

They were brought back on a government plane after Prime Minister Matteo Renzi gave the go-ahead on Monday.

Twenty-four Italian couples, including a gay couple, had been unable to bring their children home after Congolese authorities imposed a visa ban last September due to fears that the children would be re-adopted after leaving the country.

The couples were left stranded in the capital of Kinshasha for months as officials, including the ex-Integration Minister Cecile Kyenge, tried to intervene.

It was only recently that the Italian government managed to break the deadlock.

Among the crowd awaiting the children’s arrival in Rome was a Congolese child, who was adopted four years ago, La Stampa reported.

“I came to greet my friends,” the child was quoted as saying.

“And to tell them that I’m doing good in Italy, which is a safe country.”

Maria Elena Boschi, Italy’s reform minister who was involved in the negotiations, told the newspaper that the children were “doing fine” and had “slept a lot on the plane”, but when they recognized their parents from the cabin windows, they went “crazy with joy”.

The premier welcomed the children in a message on Twitter. “Welcome home. Now, with the reforms in the public sector, even more attention will be given to international adoption.”