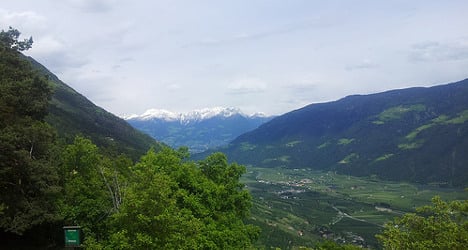 The woman was killed by a bull on a farm in Val Venosta, Bolzano. Photo: Wikipedia

The woman, named as Erna Stocker by the local news website Alto Adige, was hit by the bull in the chest and head while milking cows on her farm in Laudes, a hamlet in Val Venosta.

The bull reportedly “charged towards her”, giving her little time to react. Her 70-year-old husband, Josef Hörnann, suffered slight injuries while trying to save her.

She was taken to hospital, where she later died.

In a separate incident on Wednesday, a 32-year-old labourer was electrocuted when his truck hit a high-voltage cable on a farm near the northern Italian city of Mantua, the news agency ANSA reported.

He was unloading manure from the truck when the tipper hit the cable.