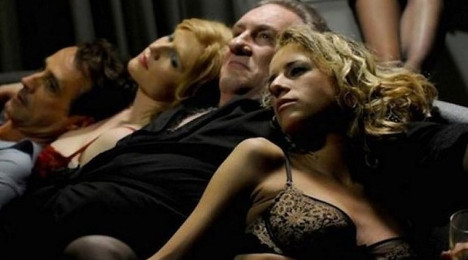 DSK is to sue for defamation over the film Welcome to New York, which is based on the sex scandal that engulfed the former IMF chief. Photo: YouTube Screengrab

The eagerly awaited film Welcome to New York, directed by Abel Ferrara starring Gerard Depardieu premiered on Saturday in Cannes but it has not gone down well with everyone, not least the man it is based on.

Dominique Strauss-Kahn, whose life the film is based on intends to sue the makers for defamation, his lawyer Jean Veil announced on Sunday.

The start of Ferrara's film states that it is inspired by a court case but it has been widely seen as a fictionalised account of the downfall of DSK who was once a strong contender to become president of France.

Strauss-Kahn was arrested in May 2011 as he boarded a plane in New York heading back to Paris, and was forced to live under house arrest for weeks after posting $1 million bail.

Criminal charges in the case were eventually dropped and at the end of 2012, Strauss-Kahn settled a civil suit brought by the maid by paying her undisclosed damages, which reportedly exceeded $1.5 million.

DSK’s lawyer Veil told Europe1 radio on Monday morning that his client was “disgusted” by the film and had asked him to lodge a complaint for defamation because of the accusations and insinuations of rape throughout the film."

"DSK like everyone has the right to be forgotten," he added.

Talking about the film itself, which he says DSK has not seen and does not intend to see, Veil did not mince his words.

The complaint will be filed in a court in the coming days, Veil said.

Welcome to New York, which is available to download for €7, was premiered in a small cinema in Cannes on Saturday afternoon.

The sceening had caused a scrum among film buffs and journalists alike, all keen to get hold of one of the 500 seats available in the cinema.

At a press conference after the film, Depardieu said the film was a "unique adventure because it's drawn from a news item that everyone has read".

"Power, money, sex, there's everything from a Shakespearian tragedy," he told reporters alongside Ferrara and his co-star Jacqueline Bisset.

Sinclair also expressed her "disgust" at the film over the weekend, claiming it was anti-Semitic, but said she would not be launching any lawsuits against the makers.

SEE ALSO: DSK's ex Sinclair: 'I had no idea about his sex life' The former IMF chief and French minister, whose sex life and was laid bare for all to see during his trial on charges of pimping in 2015, has been ordered by a civil court to hand over €10,000 to the charity Mouvement du Nid.

DSK was acquitted of aggravated pimping by the criminal court in Lille last year and the court dismissed the charges that he should pay compensation. But the charity that fights against prostitution pushed ahead with a civil case against the disgraced former politician.

“It’s a clear and compelling judgement,” said the lawyer for the Mouvement du Nid, who said judges recognized the fault of the buyer of sex as well as the prostitute.

“The judgement recognizes the existence of a system, apart from the criminal offense of pimping, and sees the client as an actor in part of this system.

Several others, who had faced trial along with DSK, were also ordered to pay several thousands of euros of damages to the group, totalling €20,000.

DSK’s defence had centred on his claim that he had no idea the women at the so-called Libertine parties were prostitutes.

Earlier this year French lawmakers voted through a landmark bill that changed the law around prostitution so that clients would now be fined if they are caught paying for sex rather than the prostitutes.