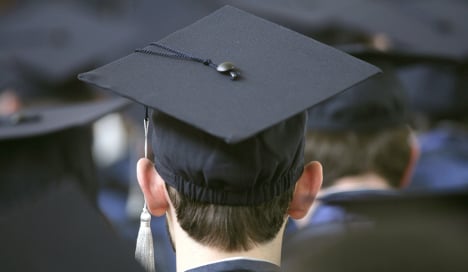 Roughly 137,800 students were registered in private post-secondary institutions in the winter semester 2012/13, a ten percent increase from the year before, the Federal Statistics Office reported on Tuesday. That compared to a five-percent rise in the number of students in the private and state sectors.

Over the past 12 years the number has swelled sixfold, from only 24,600 students registered in the 2000/01 winter semester.

Private vocational colleges are attracting the most students, hosting roughly 85 percent of all those in private post-secondary education. Law, economics and social sciences are the most popular courses.

Piret Lees from the Association of Private Universities (VPH) told The Local the reputation of non-state institutes had grown dramatically in the last ten years.

"There has been a boom in both sectors [private and state] but people are now more aware that there are private universities in Germany," she said. "The classes are smaller, the teachers know their students and there is a more individual approach. The drop out rate is also lower, about eight percent compared to 20 percent in the state sector."

Lees added that private institutions also had a reputation of being more career-focused with students getting more job advice.

The highest number of students opting to go private was in Hamburg (22 percent) and the lowest were the eastern states of Thuringia, Saxony-Anhalt, Brandenburg and Mecklenburg-Western Pomerania with one percent.

But despite recent growth, just six percent of students go private in Germany, well under the average of 29 percent in the OECD club of economically developed states, according to 2011 figures published by the Federal Statistics Office.