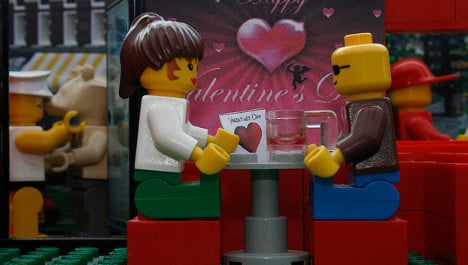 The advert, posted on buy-sell site Blocket, quickly went viral after the man marked it as '300kg Lego – save my marriage' on the popular Swedish website.

"You can make a difference! Save my marriage. The old bag said last Friday 'now get this shit out.' I don't know if it was me or the Lego she was talking about but I think it was the Lego," the man from Varberg, western Sweden, wrote on Blocket.

Lego enthusiasts who feel tempted by the deal will likely need some transportation to get their hands on the collection. The lot, which is boxed in dozens of containers, weighs in at a hefty 300 kilos plus another 20 kilos for instructions.

On the advert the seller points out that the collection is being sold in whole, not in batches.

"No loose pieces or one box of tyres etc," he wrote.

Among the items up for grabs is several items from the Lego Technic range, designed for more advanced builders, including the remote controlled excavator Volvo.

There's also approximately 44 kilos of wheels and tyres and a practically complete collection of the Lego space range.

He added that some boxes of his hobby have been stored in a basement in a dark and dry environment for a decade.

Despite repeated requests from the Swedish media the man has so far declined to be interviewed, even pointing out on the viral ad that he doesn't want any media requests.