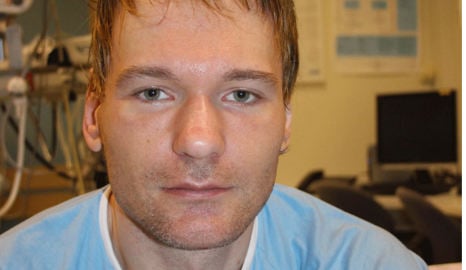 'John Smith'. Photo: Oslo Police
"We have have received information through Interpol identifying the man as a Czech citizen," Øyvind Torgersen told VG newspaper.
'John Smith' speaks fluent Czech and excellent English, as well as Polish, Slovak and Russian, and was found unconscious in a snowdrift in an industrial area of Oslo on December 15th.
When he awoke from a two-day coma, he had lost all memory of his identity and nationality.
On Wednesday afternoon, the man expressed his happiness at being identified.
"I had feared it would take a long time to figure out who I was, but it has taken only two days. It's absolutely fantastic," he told VG newspaper.
The tall, young amnesiac was found helpless in the snow near a carwash. How he got there, and from where, "Smith" claims to have no idea.
"What apparently has happened is that I was robbed, I was for sure sexually assaulted, and then I was thrown onto a street in Oslo," he told AFP on Wednesday.
"What might have happened is that they took advantage of the fact that Europe has open borders — this amazing European invention — and that they basically used Oslo as a garbage place to dump me," he said, without knowing who "they" are.
Police refused to comment on the more personal aspects of his testimony, but the violent and sexual crime unit has been put in charge of the investigation.
"Maybe I was too trustful. Maybe I let some people too close to me and they had some fun with me," said "Smith".
Aged about 20, "John Smith" was in a very weak condition and poorly dressed for the severe Norwegian winter when discovered in December.
"I was already blue in face," he said. "If nobody saw me, I would definitely have been dead by the morning, most probably much, much sooner."
"I had on my wrists very big, very bloody traces of plastic strips that they use to tie up cables … It was so tight that even now you can still see spots on my wrists," he said.
Police initially turned to international police organization Interpol and more than a dozen nations to compare fingerprints and DNA with their databases to unravel the mystery, but in vain.
No closer to a solution, law enforcers took the extra step on Tuesday of releasing the man's photo to the public, in the hope of finding new clues.
While 'John Smith' remembers nothing about himself, he is sure of one thing: he is a stranger in Norway.
"I don't think I've ever been here before in this country," he said.
"I don't think I came to this country out of my own free will because I'm used to a very different weather, a much warmer weather. The weather here is basically hurting me." 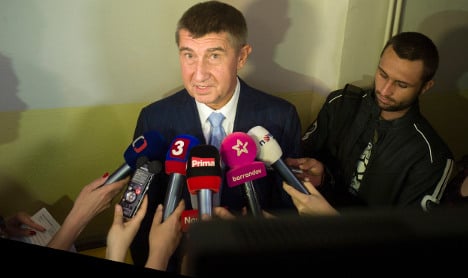 "He was captured at a post office while attempting to send another mail (containing poison) to Czech officials," police spokesman Miran Ozebek told Pop TV adding the Italian had been detained in the Nova Gorica area bordering Italy at the end of December.

He added that the envelope contained ampoules of an unidentified toxic substance, but did not give more details.

Two Czech ministers from the centre-left government in November received envelopes containing poison. One of them, addressed to Finance Minister Andrej Babis, had been sent from Slovenia, while the other, to Interior Minister Milan Chovanec, from Sweden, according to Czech media.

The Italian national allegedly sent the envelopes "because he does not agree with the Czech (government's) policy," Pop TV reported, quoting unnamed sources.