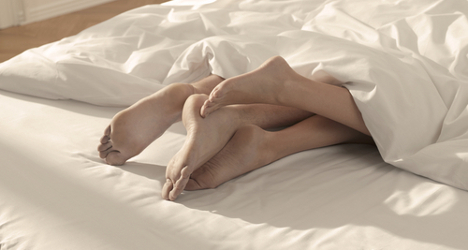 The couple's sex life was said to have been damaged by a car accident two years ago. Bedroom photo: Shutterstock

Two years after being run over on a pedestrian crossing, the woman still suffers from back pain and is unable to enjoy the sex life she once had with her husband.

As a result, the judge in the province of Massa and Carrara, Tuscany, has ordered the driver’s insurance company to pay out €20,000, La Nazione reported.

The decision throws out the insurer’s argument that the middle-aged couple were too old to have such an active sex life in the first place.

“You cannot consider age in the couple’s relationship – whether in sexual, social or leisure terms,” Judge Rino Tortorelli was quoted in La Nazione as saying.

According to the the couple’s lawyer, Giuseppe Ricciotti, “the couple’s relationship was damaged following the accident, not only their sex life but also their daily life.”

Outside of the bedroom, they are no longer able to go cycling, do sport or travel together, he said.