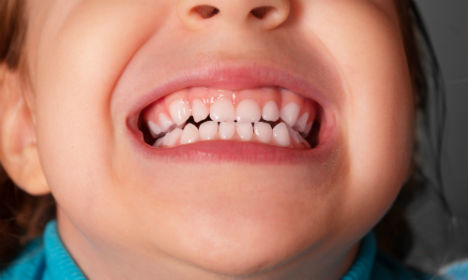 The incident occurred in Sundsvall where they have a policy that children under the age of seven can go on the bus free of charge – if accompanied by an adult.

However, when the girl was getting on-board the bus with her mother the driver suspected she was overage. He asked how old she was and the mother replied that she was six before asking the daughter who gave the same age.

After a dispute his asked the girl to open her mouth to show how many teeth she had.

"The driver told Rebekah to open her mouth to show her teeth and Rebekah did. I didn't have time to react," mother Danissa Atterhagen told local newspaper Sundsvall Tidning.

When the girl complied with the driver's request he told her mother she had too many teeth for a six-year-old. He added that she was also too tall for a child claiming to be six.

Eventually, after a stand-off, the driver allowed the mother and daughter on-board but with a proviso that the next time they got on together Atterhagen junior wouldn't be considered to be a six-year old.

A furious Danissa Atterhagen has since got in contact with the bus company, Keolis, and demanded an apology. She added that the whole incident has upset her young daughter.

"What made me angry and sad was the treatment of us. Okay, if the driver had done that to me but to my daughter…afterwards she found it to be quite difficult. She can't really understand why she was forced to show her teeth," Atterhagen added to her local newspaper.

Public transport operator Keolis have yet to comment publicly on the incident. On its website the company states that it "is the market’s first specialist in locally tailored environment friendly urban transport."

The French transport group employs a total of 6,500 staff in Sweden and claims to cover 93 million kilometres each year in the country.