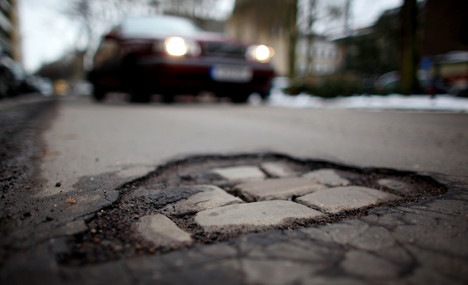 The nine-year-old's mother left her daughter in the back of the car while she popped off to run an errand on Monday afternoon in Schwerte, North Rhine-Westphalia.

Despite the doors being locked, two men who police said were between 35 and 40 years old, broke break into the vehicle via the passenger door and reached in for a handbag on the seat.

While they were careful to keep watch for passers-by, they failed to check the inside of the car – and found themselves facing a furious nine-year-old.

The quick-witted girl first jumped out of the car and then started shouting to try to draw attention to the handbag thieves.

When no one heard her, she turned on the two men herself and tried to snatch the bag back.

But despite her best efforts, the two grown men escaped her and ran off.

The Westdeutsche Allgemeine Zeitung said the men took a wallet out and discarded the bag.