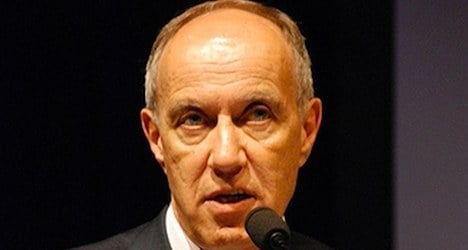 "We have this extraordinary expansion that is going on," said Francis Gurry, head of the World Intellectual Property Organization (WIPO), which oversees global rules against cybersquatting.

"That is going to have an impact, which is likely to be significant, on trademark protection," Gurry said.

The exact nature of the impact, we aren't sure of at this stage, but it is likely to be significant and disruptive," he told reporters.

"Trademark owners are very concerned about the impact that this expansion will have on branding systems."

Opening the internet to domain names that go far beyond classics such as .com, .org, .net, .gov, and .edu has been heralded by US-based Web overlords the Internet Corporation for Assigned Names and Numbers (ICANN) as the biggest change to the web since it was created.

There have long been just 22 generic top-level domains (gTLDs), of which .com and .net comprise the lion's share.

But California-based ICANN has said that the snowballing of the internet — with some two billion users around the world, half of them in Asia — makes new names essential.

Around 1,400 new gTLDs are gradually being put up for grabs, with the first 160 already delegated to various Web registration firms.

"The opportunity for misuse of trademarks expands exponentially," said Gurry, noting that registering a domain name is a cheap, automatic procedure that takes a matter of seconds and does not have a filter to examine whether there is a trademark conflict.

"That brings with it the attendant inconvenience of a much greater burden of surveillance on the part of trademark owners," he said.

In the initial mix, opened in January, are addresses ending in guru, bike, singles, as well as clothing, holdings, plumbing and ventures.

Other generic terms on the horizon include .football, .flights, .cards and .bid.

The first-ever non-Latin letter domains have also been approved, including the Chinese for "game", the Arabic for "web" or "network," or the Cyrillic for "online".

Concern over 'side effect'

Gurry acknowledged that the expansion was meant to ease use of the fast-growing internet.

"So presumably, their reasons for expanding relate to improvement of navigational capacity on the internet," he said.

"What we're concerned is the side effect of the impact that that has on branding systems that are used by consumers for their interaction with commerce."

Trademark owners aggrieved by cybersquatting — the abusive registration of domain names, sometimes in order to sell them back to rights holders or draw consumers to rival products — have the option of turning to WIPO's arbitration procedure.

Under international rules, web registration firms must void the registration of losers in WIPO cybersquatting cases.

The UN body is already hearing its first case concerning a new gTLD, filed in February and pitting a German company against the Dutch registree of the still-inactive website canyon.bike.

Erik Wilbers, director or WIPO's arbitration arm, said that the vast increase of gTLDs will mean that trademark holders would have to be "much more focused" in what they challenge.

"You cannot keep shooting at everything that moves in an expanding domain name system," he said.