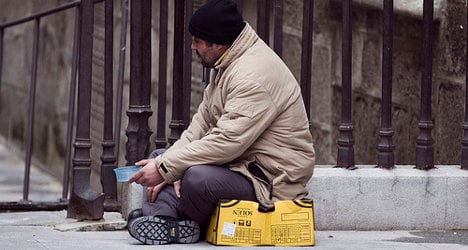 The IMF's Fiscal Policy and Income Equality report examines the impact of governments' tax and spending policies on the income gap between rich and poor.

It shows this inequality has increased in most economies in the last 30 years, despite lower overall rates of poverty.

Spain, meanwhile, has seen the largest growth in the wealth divide from 2007 to 2012.

But the study also argues that Spain's crisis-fighting fiscal measures have generally been positive when it comes to narrowing this gap, with wealthier Spaniards bearing the brunt of the costs in the austerity era.

Public sector pay cuts aimed at a largely professional white-collar workforce, and higher rates of personal tax have been positive in redistributing incomes in Spain, the IMF says.

On the other hand, the poorest ten percent of households were harder hit by a five-percent rise to value-added taxes from 2010 to 2012.

Cuts to pensions, and fewer means-tested benefits had also increased inequality in Spain, the IMF said.

In the UK and Italy, by contrast, less money flowed from the richest to the poorest.

In its report, the IMF recommends that advanced economies use more means-testing, with a gradual phasing out of  benefits as incomes rise.