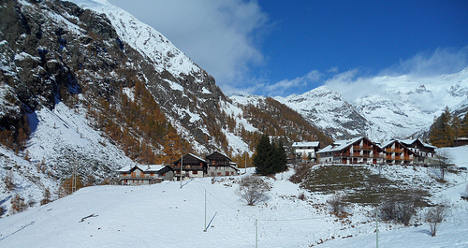 The accident happened in Gressoney, a ski resort in the Aosta Valley. Photo: Matteo Galli

The child, named as Matilde De Laurentis by the daily newspaper La Repubblica, died during a skiing lesson in the resort of Gressoney on Sunday.

She was among a group of children making their way down a blue run when two skiiers emerged from behind a hill, reportedly ignoring a warning sign to slow down; one managed to avoid the group while the other, a 17-year-old from Turin, ploughed into them.

The girl was taken to hospital in Aosta, where she later died. Two other children were injured.

Marilinda Mineccia, a chief prosecutor, told La Repubblica that the 17-year-old had been skiing “at high speed”. De Laurentis would have been four in June, La Repubblica said.

The accident happened on the 'Weissmatten' slope, a ski run dedicated to Leo David, the Gressoney ski champion who died in 1985.

The case has been referred to the Turin’s juvenile court.