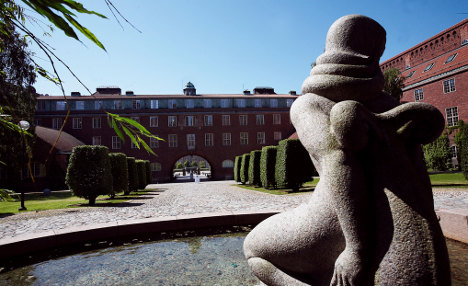 The inner courtyard at the KTH campus. File photo: KTH/Flickr

Roughly 250 of the institute's 1,600 PhD students survive on scholarships that can range from €800 to €1,500. In 2009, KTH's management decided to supplement their incomes, using as a watermark the scholarship amount granted by the Swedish Institute (SI), the body tasked with promoting Sweden and Swedish culture abroad. It meant that PhD students were guaranteed 12,000 kronor ($1,840) a month.

That level was amended to 15,000 kronor last summer., with manystudents assuming that KTh would follow SI's suit. The PhD students in question were told that KTH would make an announcement on the increase once the autumn term began, recalls PhD student Himanshu Kataria, who despite now being employed and no longer on a scholarship has lobbied hard to resolve the impasse.

The months passed and most of the students' monthly income remained unchanged. Some got a few months of increased pay, which were then withdrawn.

"Three thousand kronor might look minuscule, but it's an increase of 25 percent and can fulfill a great deal of the daily requirements for a PhD student," said Kataria. "Most of them are in their thirties, and many have families."

Because KTH had pledged to follow the SI scholarship level – using it as a benchmark – many students took for granted that they would have a bit more to live on, the academics' union Saco noted in a furious article addressed to the head of KTH last week.

"In addition to this odd arbitrary behaviour from KTH, many individuals are affected financially as they expected the income increase and adjusted their expenses accordingly," union representatives wrote.

Many of the students receive grants from their home country or international organizations, which means their base income can fluctuate according to currency exchange rates. Kataria, having himself seen the Indian rupee tumble while the Swedish krona remained strong, underscored that PhD students could end up with less money per month at the end of their research than they had to begin with four years before.

As the issue dragged on, the academics union Saco accused KTH of answering repeated questions with silence. It also noted that the non-scholarship PhD students earned between 26,400 and 31,400 kronor a month, which, among others things, meant there were contributions made to pensions and social security. That in turn gave them, but not the scholarship students, access to parental leave, sick leave, and salary insurance, for example.

"When you feel you are being treated differently, it leaves you in a pinch," Kataria said. "We're working the same but (our colleague) is getting double what I get paid."

On Wednesday, the institute's principal replied to the criticism in writing.

"There is very limited scope to raise a PhD scholarship retroactively," wrote Peter Gudmundson, who declined to comment further on the matter when contacted by The Local. "KTH is now investigating if it's possible to supplement the scholarship with part-time employment."

Such a move could, however, be mired in legal difficulties, he added.

"We have to find a solution that does not put the students at risk of retroactively owing tax on their scholarships," Gudmundson noted. 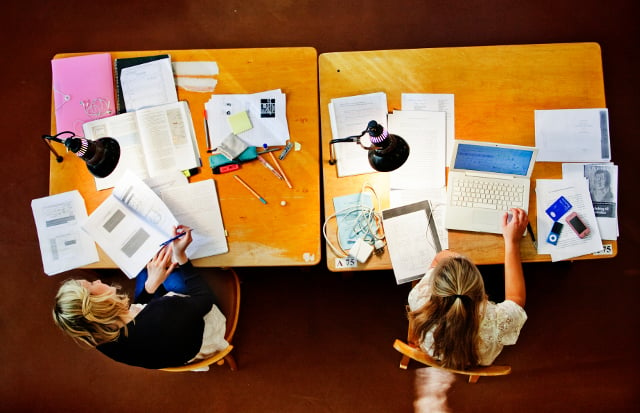 The union director accused universities of 'nepotism'. Photo: Tor Johnsson/SvD/TT
A report from the Swedish Association of University Teachers and Researchers (SULF) found that one in ten job adverts for lectures and researchers was published just a week before the deadline for applications, and half were published less than three weeks in advance.
A full third of the adverts had just one applicant, three quarters had less than five, and three quarters of jobs went to an internal applicant.
“It's shocking,” union director Git Claesson Pipping told The Local. “It's nepotism, and also, instead of employing people for longer times, they just employ people for six months at a time and keep giving new positions to the same people.”
Pipping said the union had decided to analyze 268 job offers after receiving complaints from members who struggled to find open positions.
“They said there were virtually no jobs to apply for, because all jobs have already been set aside for somebody else,” she said.
The report found that universities discouraged outside applicants by posting adverts in hard-to-find sections of their websites, giving extremely short notice, and requiring extensive documentation.
Universities also often decided on the winning candidate just days after the closing date, indicating that outside candidates had not received serious consideration.
“They're getting away with this because if you are unhappy with the decision, you have to make a formal complaint, and you don't want to complain because you want the next job to be yours,” she said. “You don't want to make a fuss and be a trouble maker.”
The union has called on the government to instruct the Swedish Higher Education Authority to ensure that universities had “transparent and legally compliant recruitment processes”.
The job offers analyzed were put out by three faculties: Lund University's Faculty of Engineering, Stockholm University's Faculty of Social Sciences, and Uppsala University's Faculty of Medicine.
Do you know more? E-mail us at [email protected].
SHOW COMMENTS
Url copied to clipboard!