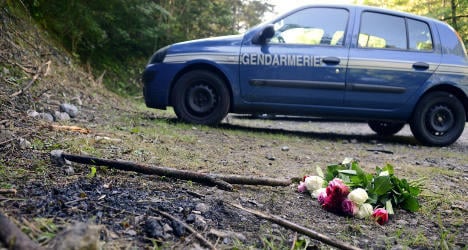 No murder charges will be filed against an ex-cop in the slayings involving a British-Iraqi family. Photo: AFP

The apparent big break in the investigation of the murder of three members of the al-Hilli family and a French cyclist, was officially dashed on Friday when prosecutors confirmed the suspect was no longer under investigation for the killing.

Annecy Prosecutor Eric Maillaud said no charges tied to the killings would be filed against the suspect, known only as Eric D. However, based on the guns seized from the man’s home, prosecutors believe a cache of World War II weapons found at the man's home are sufficient to prove gun trafficking charges.

The former municipal cop has “denied any involvement” in the killing, his lawyer Marc Dufour told French daily Le Figaro. “He said he has nothing to do with the case…he was not at the crime scene on that day.”

After arresting the 48-year-old man on Tuesday police said he bore a strong resemblance to a police sketch of the suspect. They also pointed to mobile phone records which placed him near the crime scene at the time of the September 5, 2012 killing.

Several guns were seized at a raid in the man's home following his arrest and revealed his passion for guns. Another raid was carried out on a house in the nearby village of Lathuile.

A source close to the case said the man, a father of three, was a former policeman from the town of Menthon-Saint-Bernard.

The arrested man's home village of Lathuile was in the news in November after the owner of a camping site was shot dead at her home by two men wearing hoods.

Prosecutors at the time did not link the murder to the 2012 killings.

Earlier in the day one source close to the investigation told AFP the suspect was a "taciturn mountain man" and a gun enthusiast who "lives on the fringes of society".

Saad al-Hilli, 50, his wife Iqbal, 47, from Surrey and grandmother Suhaila al-Allaf, 74, who lived in Sweden, were all gunned down in their car on September 5th on a quiet road not far from the town of Annecy.

Prosecutor Maillaud said there was no apparent "direct link" between the suspect and the victims.

It was the police sketch, seen below, of the mysterious motorcyclist seen near the scene of the murders that led to the suspect being arrested on Tuesday.