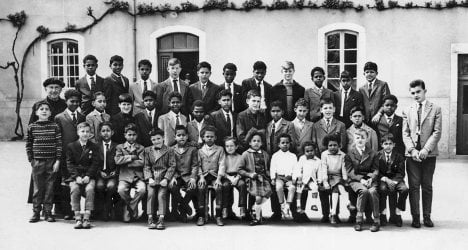 On Tuesday members of France's National Assembly adopted a resolution that finally recognized the country's "moral responsibility" in the “stolen children” scandal when over 1,600 kids from Reunion Island were shipped to France over a period of 20 years.

In the 1960s birth rates and unemployment were booming in the French overseas territory of Reunion, yet at the same time the population in some rural sections of mainland France was steadily withering away.

The situation led a French politician to strike upon the idea of sending children deemed "wards of the state" in Reunion to be adopted by families in France. However, many of these children were not orphans, rather they came from poor, illiterate families who couldn’t resist a promise of a brighter future for their kids in France.

The public began to take notice of the programme when one its victims sued the government over his forced departure to France. Jean-Jacques Martial sought €1 billion in damages for "kidnapping and sequestration of minors, roundup and deportation.”

“A billion, it’s like a euro, it’s symbolic,” Martial told AFP. “How much is a childhood worth, being betrayed by adults, the madness of the government, the tears of one’s parents?”

Martial was sent to France at age seven in 1966 as part of a convoy of 250 children, some just infants.

The forced migrations were the brain child of Gaullist Minister Michel Debré, who in 1963 created the Office of Migration Development in Overseas Departments. This agency would carry out the policy for the next 20 years.

It was his job to manage “the demographic problem in the overseas departments, by encouraging and developing the promotion of mass immigration toward mainland France,” according to documents obtained by AFP.

Although promised a better life many children succumbed to the damage done to them by the sudden and brutal shock of leaving a warm, tropical setting for rural life in central France. Also, the educational opportunities promised were not systematically applied and the children’s future depended largely on which family they ended up with.

The policy can seem brutal in a modern context, but it must be considered according to the thinking of the time, sociologist and expert on the case Philippe Vitale told AFP.

“The goal of Michel Debré, who had a very Jacobin, nationalist vision of France, was to push the overly full towards the overly empty. For him, a Corsican, Breton or person from Reunion were the same and he believed in assimilation,” Vitale said. “At that time we had not really embraced the idea of child psychology.”

This dark chapter in France’s history that has only been widely known since 2001 was finally aired in public on Tuesday. The draft states that the damage done to the children was "irreparable".

The adopting of the resolution will not guarantee victims like Martial any compensation, but will carry moral significance.

PARTNER CONTENT
How to achieve work-life balance in France and love it
Url copied to clipboard!