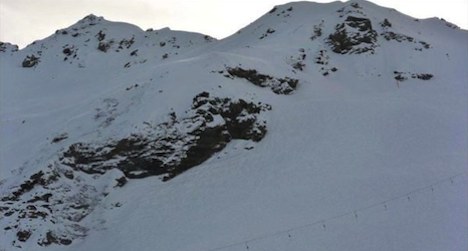 The man was  skiing off-piste at the Zinal ski area, Valais cantonal police said in a statement issued on Tuesday night.

He went beyond a roped-off area and traversed a slope between two rocky outcroppings where he triggered a snow slide at around 1pm, police said.

They were able to dig him out of the snow and give him preliminary medical treatment before he was transported by an Air Glaciers helicopter to Sion hospital.

The accident came a day after an avalanche claimed the life of a 21-year-old Swedish man skiing off-piste at the Mont-Fort ski area, near Nendaz, also in the canton of Valais.

He was skiing with three other Swedes who managed to dig him out of the snow but he died from injuries after being thrown against a tree, according to police.

Last week, 39-year-old British expat skier Chris Longbottom, a resident of Zurich, died in the Col de Forclaz area of Valais after an avalanche 200 metres long and 50 metres wide buried him under three metres of snow.

Another 65-year-old British skier died a day later while skiing off-piste in the Vercorin region of Valais.