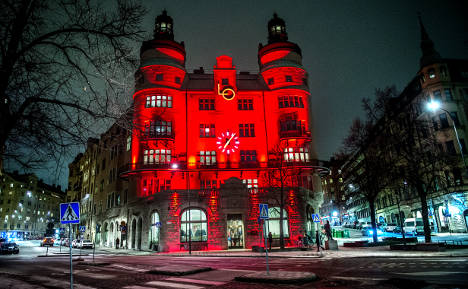 The LO union confederation on Friday said various tax reforms over the past two decades, carried out by both by left- and right-leaning governments, had left the tax landscape looking like a "Swiss cheese full of holes".

"The patchwork quilt of exemptions and special solutions introduced since the tax reform has worsened the functioning of the Swedish tax system," LO wrote in a statement on Friday. "At the same time, new challenges have emerged over the past 20 years and they need to be addressed. Not least among them is Sweden's EU entry and the continued globalization of Sweden's economy."

The union group's economists argued that it was time to reintroduce the inheritance tax – scrapped in 2005 — but neither the shadow finance minister Magdalena Andersson of the Social Democrat party – LO's historic ally – or Finance Minister Anders Borg saw any merit to the proposal. Borg said that taxing people's inheritance had proven to be detrimental to retaining talent in Sweden.

"It means that generational shifts are made more difficult, and historically it has driven several high-profile entrepreneurs who've created thousands of jobs out of Sweden to other countries," Borg told the TT news agency on Friday.

While LO economists Ola Pettersson and Torbjörn Hållö argued in an op-ed in the Dagens Nyheter (DN) newspaper that Swedes may have to accept higher taxes to fund tomorrow's welfare, the entire proposal received a thumbs-down from Borg.

"I think that LO's tax proposal is very damaging to the Swedish economy,"  he told the TT news agency. "It would lead to a significantly lower employment rate and would have a devastating effect on entrepreneurs and companies in Sweden."

A second key proposal in Friday's fiscal policy manifesto addressed the conservative coalition's focus on income tax reductions. Overall, LO argued, too much reform had focused on easing the tax burden of those with higher incomes.

Yet the confederation's traditional Social Democrat allies said on Friday that neither an overhaul of income-tax reductions nor death duties would make it onto their economic agenda. The shadow finance minister in fact worked for the Social Democrat prime minister, Göran Persson, who scrapped the inheritance tax in the first place.

While she added that some of LO's arguments carried more weight logically, such as re-introducing state taxes on property, she said that the Swedish people had shown at the ballot box previously they have no appetite for property taxes.