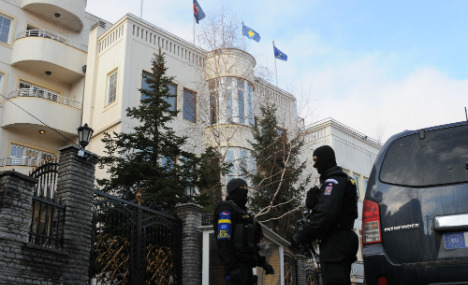 Uke Rugova and the other two are suspected of "alleged unlawful procurement of Schengen visas from the Italian embassy in Kosovo," the EU rule of law mission (EULEX) said in a statement, referring to Europe's 26-country free-travel zone.

The investigation is being handled by EULEX, which has the power take on cases that the local judiciary and police are unable to handle because of their sensitive nature.

Another five people suspected of involvement were ordered to be held under house arrest, it said on Friday.

Rugova's lawyer said at least two employees of the Italian embassy in Pristina were implicated in the case, although this could not be confirmed.

The Italian embassy did not immediately respond to calls for comment.

"All of the defendants are charged with the offence of organised crime related to the offences of abuse of official position, trading in influence and fraud," EULEX said.

Rugova is a lawmaker in Kosovo's governing coalition.