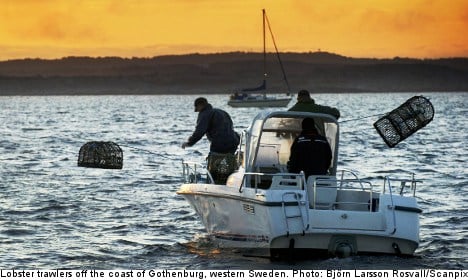 The report, conducted by the Siren news agency and published by Dagens Nyheter, show that there are just 1,464 licensed fishermen still operating on Swedish shores.

On the east coast 50 percent of fishermen have quit since 2002, while the average age of those still hauling their nets is over 50. Encouraging new people to take up the trade is proving difficult with recruitment figures remaining low.

The average Swede eats 16 kilos of fish a year but 80 percent of that is imported from overseas. Meanwhile, fish stocks in the Baltic and North Sea regions have declined over the past century leading to strict quota regulations from the EU.

"We say in Sweden that we want to promote local fishing and that it's ecological, but I say that it's high time that those who decide these things show it in action," said Christian Johannisson, a fishermen from the east coast told the newspaper.

He added that he was "deeply worried" about the the direction the industry is heading in and that his colleagues were struggling to see a future for it.

Stricter EU regulations have had their impact on the decline of the fishing trade argued Johannisson, with fines handed out with regularity. He cited one incident where he was slapped with a 2000 kronor penalty ($300) after he reported having 20 kilos less of a catch than he had with him in the dock.

Johannison, who often works on the Danish coast, said Swedish bureaucracy was partly to blame as fishermen from Denmark weren't penalised in the same way as Denmark interprets the EU rules differently.

A new rule slashing the amount of cod which fishermen can catch from two tonnes to 800 kilos a week, due to declining stocks, has also hit them in the pocket he said.

Meanwhile the chairman of the Swedish National Association of Professional Fishermen, Henrik Loveby, said he anticipated the number of active members to drop below 1000.

"Our dependence on imports will increase further," he said.